All other tested ETA receptor mutants retained their features toward ET-one and were subsequently used to examine the binding of ERAs and the ETA receptor. Two of our analyzed ETA receptor mutants (K329M, D351N) did not impact Era binding at all, demonstrating that the charges in these two residues are not concerned in antagonist binding. In distinction, variant Q165A caused a pronounced reduction in NSC 23005 sodium potency of macitentan, bosentan and ambrisentan indicating that this residue, situated in transmembrane helix three, is a crucial contributor to little molecule-receptor binding nevertheless, this amino 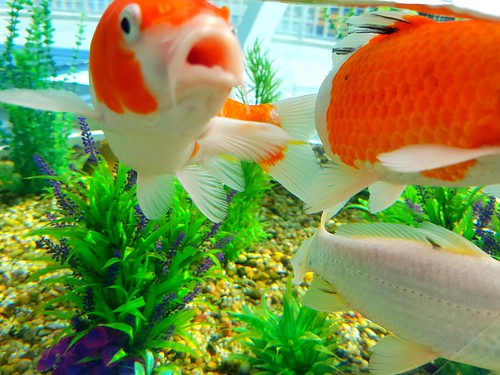 acid is neither essential for ET-1 binding nor signaling. This discovering is in excellent accordance with our molecular design, in which Q165 is in close contact with macitentan and bosentan, thereby restricting spatial motion of the two antagonists in the receptor. Apparently, 3 receptor mutants, L322A, R326Q and I355A, confirmed pronounced and differential consequences on the potency of macitentan, bosentan and ambrisentan. Fig. 8A and 8B show details of this differential interaction of macitentan and bosentan with the 3 amino acids L322, R326 and I355 in our product of the ETA receptor pocket. R326 was earlier recognized as an essential component of bosentan – ETA receptor conversation, most likely due to an electrostatic interaction with the acidic sulfonamide group of bosentan (pKa 5.1) [28]. Our reports below verify and lengthen this well known role of R326 to the other billed ERAs, such as ambrisentan (pKa = three.5), clazosentan (pKa1 = four.5, pKa2 = 3.3) and tezosentan (pKa1 = 4.4, pKa2 = four.1). outcomes propose a considerable contribution of the demand-charge interaction involving R326 in the scenario of bosentan, tezosentan, clazosentan7623768 and ambrisentan, and perhaps other negatively billed ERAs not tested here. Nonetheless, for the weakly acidic macitentan (pKa six.2) cost-demand conversation with R326 does not add to the binding affinity. Likewise, the I355A mutant does not impact macitentan but has a significant effect on the potency of bosentan, tezosentan and clazosentan. In our model, this amino acid residue forms the outer rim of the hydrophobic binding pocket harboring macitentan (see Fig. 8A). The expanded and rigid molecules bosentan (Fig. 8B), tezosentan and clazosentan (not proven) can not be buried entirely in the pocket and protrude into the extended endothelin binding pocket exactly where they interact with I355. Finally, mutant L322A had a significant result on the potency of macitentan and its analogs and exhibited tiny impact on the potency of bosentan, its structural analogs tezosentan, clazosentan, and on ambrisentan. In our design, L322 types a significant component of the binding pocket and is included in tight interactions with macitentan (Fig. 8A). In contrast, bosentan-like molecules seem unable to make contact with L322 as their elongated scaffold varieties a contact with I355 (Fig. 8B) spanning above L322 at a length. Hence, macitentan, optimally fills an ETA receptor sub-pocket and this conversation is driven by hydrophobic fairly than cost-charge interactions. Previous perform has proven that macitentan, bosentan and ambrisentan are all aggressive orthosteric antagonists of ET-one binding at ETA [eighteen].